Social Media: The Gains and The Pains 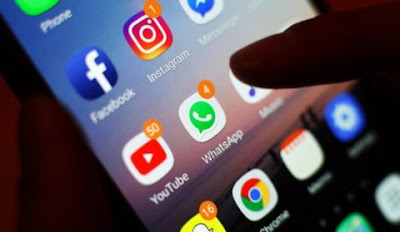 Social media has taken over the world. It is very rare to find a person is not into social media. It has been expanding, before now the most popular was Facebook (I think) but other sites such as Twitter, LinkedIn, WhatsApp, Skype, Instagram, Telegram to mention a few, are now close competitors for an individuals’ time and attention.

Information is key in today’s world. A misinformed person is more or less someone with a deformed mind. The world as a global village has the need for communication to disseminate information. Social media meets this by providing the platform to spread information like an uncontrolled wild fire.

Thankfully, Nigeria under this democratic dispensation, have people voicing out their opinions or views. Even though they might not be present physically but still they make their stand/stance known. It is also a medium for self expression. As much as social media creates a medium for freedom of expression, individuals should take caution when addressing issues without the use of vulgar or barbaric expression.

Social media has created an atmosphere for networking; people of like minds have the privilege or opportunity of meeting to rub minds even when far apart. It bridges the gap of distance-a person can reach the other party instantly via any of the social media platforms.

Social media serves as a medium of comic relief. The funny images, memes, GIF, bizarre stories making news around the world and the posting of jokes are instant pain relievers. Speaking of re-establishing connection, social media has reconnected long-lost friends, childhood friends, schoolmates and colleagues that might have drifted apart because of the furtherance of education, change of location, marriage or career advancement. It rekindles friendships, opens up old memories and expands future aspirations.

Social media has created job opportunities for individuals who have proven to be internet savvy. In some job descriptions, being social media savvy is an added advantage. Certain organisations require the services of people who possess special skills relating to the optimisation of social media usage. These days, people use social media for business and commercial activities. Skills such as digital marketing, content marketing and internet marketing are in high demand.
Social media has also brought about marital relationships. Two strangers with common interests can build on their friendship and then take it to another level. There have been reported cases of people who got hooked up via social media and are enjoying their union.

As much social media has done so many good, fraudsters and dubious individuals have converted it to a business venture to dupe innocent and gullible people. There have been cases of business transactions and deals that were not genuine that left the undeserving victim helpless, stranded and psychologically wounded.
You recall that a young lady had come all the way from the North to do business with two men that she had met through one of the social media networks. She didn’t know their evil intentions and that she would not be alive to tell her experience. The men had drugged her, raped and eventually killed her. But for timely intervention, the culprits were nabbed by the police. They faced the wrath of the law.

Several cases of such incidences of violence, kidnapping, forgery, impersonation and other vices have been linked with the wrong associations in the social media world. Social media has given access to criminals to infringe on people’s privacy and hack into their accounts. No wonder it is advisable to not give out all ones information. It is always best to put up privacy settings to block unwanted access. Mores so, cases of theft of smart phones, laptops and other gadgets have been on the increase because everyone wants to be on social media and create a false impression.

Social media has taken over conversations. These days people rarely sit down to talk one on one or eyeball to eyeball. They would rather chat. This has led to the adoption of SMS languages and shorthand. This has also affected the art of writing because a person who is addicted to social; media and its language would have difficulty constructing a full sentence without putting slangs, abbreviations and codes. Now, an individual can chat unlimitedly when that time could have been used for other productive and beneficial activities.

It has been proven that people lie on social media. Someone living in Lagos could deceive people to believe he/she is staying elsewhere. Pictures uploaded might not be the person’s real identity.  Dubious people use fictitious names and fake accounts. Social media promotes dishonesty and unnecessary behaviour that wants to oppress and impress people. It has also served as a medium to spread rumours, false information or stories and fake news. This has brought about so many controversies, doubts, panics and disputes.

Social media has been linked to depression. Many have fallen to prey to societal pressure to keep up with the jonesses. The number of likes and comments took a toll on their self-esteem. There have been unnecessary comparisons with the other person’s achievements.

However, with all the disadvantages associated with social media, it is still considered as one of the biggest thing to hit this generation in this time and age. Everybody has gotten on board whether young or old. Wouldn’t you rather do yourself some good and be active on social media for the right reasons? 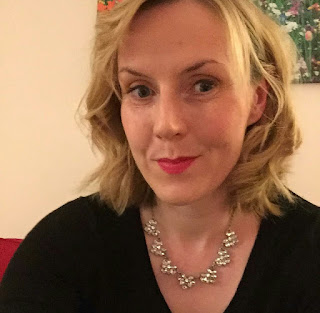