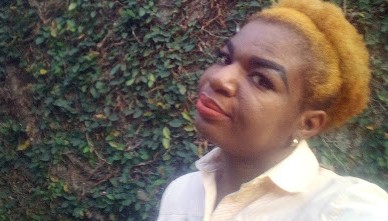 I think 2019 has been my best year so far.  This is because it opened me to a lot of explored opportunities. I did not only grow my network, I developed my personal capacity-not settling for less. Not only did I take big risks, I made sure I was responsible for every decision taken.

First Sunday of  year 2019 happened to be my birthday. Thankful it fell on a Sunday, I spent the day in the House of God rejoicing. It was a great time to meet and spend time with my Maker alone. Thankful for the prayers and birthday wishes received form family and friends, I made sure I replied everyone of them.

One major highlight was getting an invitation to be part of an Advisory Board of an upcoming event later in the year. I got the offer in January and the event was in November. For me this was similar to winning a jackpot. I did not waste time in sending my interest and lo and behold, I joined a group top-class career professionals and individuals to plan for the maiden edition of a major event in Lagos. How I got the offer? I would not reveal :)

In February, with the nature of my job then, I had the priviledge of attending Social Media Week 2019. There  I met some nice people. From that singular event, I was able to get a contact who served as one of my trainers/speakers at WomenWill maiden event I organised.  Now to the big one, I won a sum of money during one of the sessions. Just like that, I walked away a very lucky winner in that I was the last person with the right paper code. I don't want to forget that experience in a hurry. It was the dying moment and I came out lucky.

Many things happened this year. From being on the VIP list to attend the Lord Dry Gin's Awards ceremony. The buffet was simply out of this world. That was one experience, the witnessing young people making things happen in their chosen field was another big motivation.

Speaking of risks, I left my job as a Journalist/Online Writer without any back up plan. Or  let's say the backup plan could barely make up for what I was getting in my previous job. Okay, I sought to do Freelancing as my alternative since a new similar job was not forthcoming. If you are familiar with the Freelance terrain, it is not certain. It is on and off but I devoted to use my time to write winning proposals on Freelancing platforms like ProBlogger, Upwork and Freelancer to sell my services. Did I get positive feedbacks? Yes and No. I won and lost some. This helped me during the period I was unemployed.

After resigning from work, I became 'jobless' for some months save for the volunteer work and freelance work I do. I was not going to make the same mistakes I made after NYSC. Then I was waiting for the big job and was unwilling to get my hands 'dirty'. Now I made up my mind to do 'whatever my hands find to do' provided it footed my bills and made me an asset. The hard work and prayers paid off. In few months time, I got another job in another area but same field that came with juicy packages.

What actually took my time was volunteerism. This year, I got signed on to Google Business Group/WomenWill. After attending one of their events, I joined their group of social media. There I became aware of an opening for new leads. I sent my proposal and got selected. From there, I was mandated to lead Festac(my immediate) community. Just like that, I handed the mantle of leadership. It occurred to me to whom much is given, much is expected.

For me, it was not about the title of 'Team lead' or the affiliation with renowned brand 'Google', it was the job function, my mission, vision for the Festac community and myself; and  the impact I needed to make. At first  I doubted my ability but with the right team (particularly with the help of my co-lead- Abiola Mohammed) they showed that there is so much more to achieve when we work together. I am glad to work the best team who are ever ready to help ensure all the activities of Google Business Group Festac/ Women Will run smoothly.

Lest I forget, I got lounged in a 5-star hotel for 3 days. It was the shortest '3 days ' of my life. The '3-days' felt like 10 minutes because it was fun, exciting, expository, enlightening and eye-opening. You know the saying that time flies when you are having fun. That was an experience I would always cherish. I was in solitude of affluence. It made me question the school of thought that said 'Money can't buy happiness'. Well.... I beg to differ....

I think this year I was more fulfilled. I became comfortable in my own skin. I was a bit more daring. I decided to tint my hair. Funny enough, I enjoyed freedom. My folks who would have been on my case, allowed me to be.

On personal development, I took several courses, got certified. One that stood out was the Cherie Blaire Foundation for Women. It was not a course per se but a mentorship program. I concluded this year after being matched with a mentor for one year, finished well and became a certified alumnus.


I don't want to forget September 24th. I got congratulated to attend a conference in Abuja. That same day, I was invited as a guest speaker to address youths on career development. On that very day, I had a hangout where I was going to meet with mentors that I have always admired from afar. That same day again, there was a seminar that had speakers I was dying to meet and learn from. Guess what  I chose out of the four options?

The big one for year 2019. For me, It is a win even though I didn't make it to the end. It was getting to the semi-final stage of the Mandela Washington Fellowship. I consider it a win for me because it was the first time that I applied and I got selected. I had to go through my application. I was just honest and nobody put me through and I got selected just like that. It was an opportunity to visit the US Embassy in Lagos and meet with top executives there. I think I was a bit too proud knowing that I was selected from a pool of many candidates, maybe that flawed my interview phase. Though I didn't make it to the final stage, making it to the semi-final at first attempt for me is a milestone. Another big win was being featured as one of the top 100 Nigerian blogs on the web according to Feedspot, check link: https://blog.feedspot.com/nigeria_blogs/

In terms of relationship, that area was the only comma but at least I had dates unlike previously when I was 'booless' for a long time. As I work on being the woman that attracts the the kind of man I want, it is in the hands of God.

So, what are my big lessons for 2019? Don't take loans whether small or big, it would keep accumulating and become a habit. Invest in land, that is one asset that would always appreciate.
Volunteer! I repeat! Volunteer.....the greatest service is what you do for others. Then I would say 'Never Give Up'. As cliche as it sounds, it very much still applies in all facets of life. When on the ground feeling weak, that is a good time to refuse defeat and raise your hand or leg regardless. When pushed to the wall, that is a good time to attack back or go up. In all, I learnt to focused and unstoppable.

As we prepare for 2020, let's stay true ourselves, be in touch with our goals and be very intentional. Happy 2020 in advance!

allwin said…
Your good knowledge and kindness in playing with all the pieces were very useful. I don’t know what I would have done if I had not encountered such a step like this.
Pain Relief Oil